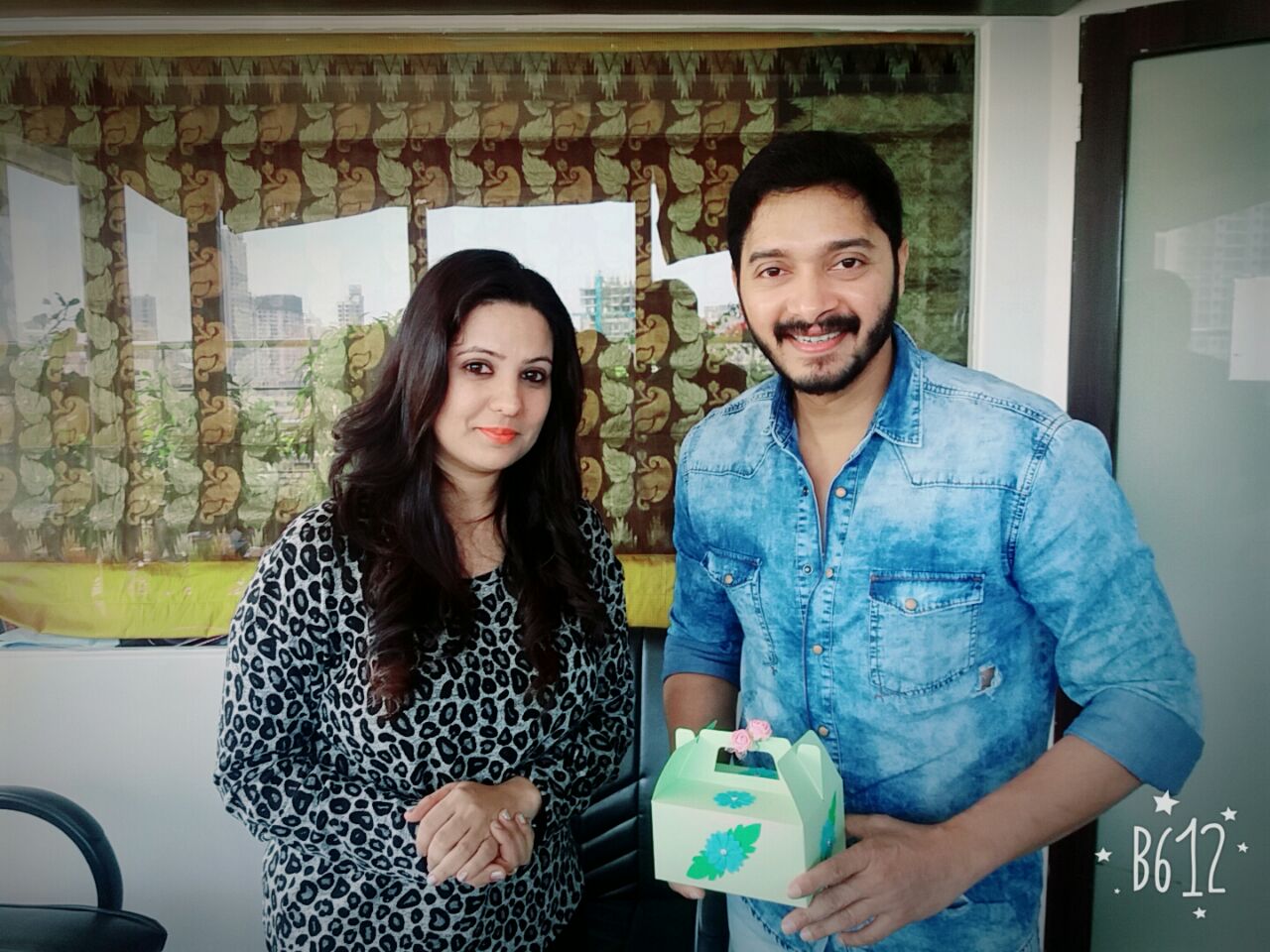 A Limitless and Timeless Conversation with Shreyas Talpade

“True actors touch certain nerves of people through acting which they have no control over.”

That’s exactly this amazing artist from Bollywood is specialized into. You guessed it right; I am talking about none other than the super talented – Shreyas Talpade. If you haven’t seen his recent ‘Golmaal Again’, you are missing a whole refreshing unlimited meal of fun and humor! Shreyas is a finely tuned Bollywood actor, director, and producer. He was born to a middle class family. His father was a car dealer and mom worked for income tax department. In 2016, Shreyas’s father left for heavenly abode. Being the only child in the family, the responsibility and pressure for a stable job kept Shreyas distracted from his personal goals in acting. However, as the saying goes; ‘If it doesn’t challenge you, it won’t change you.’ Shreyas accepted all challenges and performed his responsibilities well along with his passion for acting.

In his tender academic stage, he performed various plays in theater and school functions. That was the moment when his interest in acting emerged. As he grew as a theater artist, the pay during those days wasn’t up to the mark. Those were the days of his struggle but, he knew well that the rewards will pay off. It would be easy for me to cut short his milestones but, we all know the journey of efforts by Shreyas for reaching this level of recognition. Shreyas was majorly noticed by the critics and loved by the audience for his role in ‘Iqbal’. The movie wasn’t an easy piece of cake to grab; he gave several auditions and finally got through as a lead. Iqbal is directed by Nagesh Kukunoor in which Shreyas plays the role of a mute and deaf young boy who is willing to be a cricketer.

Another movie that brought him fame and recognition is ‘Dor’. It is personally one of my favorite movies and I have survived through the difficult phases of my life listening to one of the most motivational songs from ‘Dor’ titled; ‘Yeh Honsla kaise jhuke, yeh arzoo kaise ruke…’ After Dor, there was no looking back for Shreyas. He kept exploring the world of entertainment and delivering his acting skills with his best shot.

“If you want to score the century, stay in the pitch.”

The interest in acting began when Shreyas used to do SKITS for his school. He was in 8th when he performed a role in Ramayana. At the last moment of the SKITS, a girl backed out from the role of Sita. Shreyas took the challenge and wore girl’s clothes for Sita’s role. His performance went so well that he became the star kid of his school. That is how the interest in acting generated for Shreyas. His notable performance in theater was for ‘All the Best’ that reached more than 1200 shows.

My meet with Shreyas: We met at his production office for a pre-planned short conversation that ended up long due to the talks we enjoyed and the way he described his acting career. I haven’t seen an actor who is so sincere, humble, and generous. His way of talking to you and addressing you is so respectful that I had a pride of satisfaction on my face after stepping out of his office. He has an amazing staff that takes care of the guests with a warm smile. I could see lots of greenery that surrounded his lavish interiors especially the balcony. One thing that I can’t stop myself from sharing is that I was completely swayed when I saw two separate cabins in Shreya’s office where one belonged to his wife titled – ‘Malkin’. Even in an advanced century like ours, not many people give the credit to their wife and stick to only thanking their mother. Shreyas remembers to thank his entire family that of course includes his wife. Unfortunately, we could not meet her that day but, I look forward to interacting with Deepti, who is so intellectual yet so simple to what I see from her pictures. She has equally contributed to keeping the Talpade family close-knit and down to earth. I have to say this Shreyas; you are a magnet who knows how to attract the audience; your simplicity and dedicated attitude make wonders on screen. The first thing I did after meeting you was rush to the cinema to watch ‘Golmaal Again’. I must admit, you did complete justice to the role. Apart from acting, I and your fans would to see you more in direction and production too! Please keep the same spirit alive. You have shared memorable talks with me that will be cherished for life.

The gift I received from the fine actor Shreyas Talpade:

I received something that many people fail to ask for and adapt to; the gift of gratitude and simplicity. Thank you, Shreyas for a timeless conversation…

Qs and As with Shreyas Talpade:

Shruti Sharma: Being an outsider, how has the entertainment industry treated you, fake or friendly?

Shreyas Talpade: Shruti, the entertainment industry is like a coin; it has its side of good and not so good people. Some may influence you to see and do bad whereas the rest will encourage you to keep going.

Shruti Sharma: How was your journey from Marathi cinema to Bollywood?

Shreyas Talpade: I was very fortunate to have taken the project of Iqbal in Bollywood. Prior to Iqbal, I appeared in various TV serial and film auditions but, could not get great recognition. Iqbal changed my life. I was called for a few auditions for this movie and that is how I got the lead role as Iqbal. Overall, the journey in both, Marathi cinema and Bollywood has been fantastic!

Shruti Sharma: What have you enjoyed the most – acting, direction or production?

Shreyas Talpade: Of course acting! I have been an actor all my life and would love to do it.

Shruti Sharma: Shreyas, what is the difference between acting on screen and stage?

Shreyas Talpade: Stage is strongly based on your presence of mind and spontaneity. As a stage performer, you can’t ask for cuts or retakes. The producer expects you to perform 100%. You get more experienced as the interaction with the audience is direct. If you allow me to elaborate, I remember when we performed a show in Belgaum, Karnataka; people had difficulty in understanding Marathi. We realized by their interaction that it was challenging for us to act with dialogues to make them understand what we mean. Immediately, we decided to switch to slapstick comic gestures that swept the audience off their feet with laughter.

Shreyas Talpade: Yes to an extent, if they wish to sustain their existence, they have to raise the pay. Theatres pay less. I remember, I was paid 250/- per show and it was difficult to survive with an income like this. You have more exposure in movies and TV. The challenge is if you move to the theatre after doing movies, people assume that you are short of work.

Shreyas Talpade: To be honest it really depends on the role. For example, prosthetic,  horror, or biopic roles consume more time in makeup. It is the beauty of a make-up artist that makes the character so real for the audience to relate to.

Shruti Sharma: How threatening is age factor for male actors in acting career?

Shreyas Talpade: Shruti, as per me, an actor has to understand his strengths and accept his weaknesses. I have seen Amrish Puriji who has remained a classic and epic villain of all times. However, he also performed good roles of a father. We have the greatest example of Amitabh Bachchanji for the way he has sustained himself in the industry so well.

Shruti Sharma: Is it necessary that a movie needs a big face?

Shreyas Talpade: If you think from the production point of you when you have a known face in the movie, it becomes easier to reach more audience.

Shruti Sharma: How difficult was it to convince your parents for your career in acting?

Shreyas Talpade: My dad was pretty ok with what I decided for my career but mom wanted me to find a stable job. On her advice, I appeared for various bank exams and entrance tests but, my family realized that destiny had some other plans for me. I remember it was in 1999 when my mother gave me an ultimatum to find a job if I fail to find a good role in acting. In 2000, I got a call for the movie.

Shruti Sharma: Was it easy for you to sustain through all odds?

Shreyas Talpade: No Shruti, every actor goes through challenges. To extend this further, I would like to share a beautiful saying by proficient comedian, Johnny Lever Saab; Just like the HMI light operator rotates around with the light, lord keeps moving the light of fame around us too. Wait for your time so that the lord takes his turn and shifts the light to you.

Shruti Sharma: How do you manage or have managed with sarcastic people on set?

Shreyas Talpade: You become seasoned and slowly learn to deal with it. I feel polished.

Shruti Sharma: Is it necessary to carry stardom on sleeves?

Shreyas Talpade: Let me help with an answer based on my experience Shruti; there are actors and there are stars… Stardom can’t be demanded, stars are great human beings but it’s the profession that bridges a gap sometimes out of their control.

Shruti Sharma: Shreyas, I have to ask you one thing on behalf of aspiring actors, please recommend a few reputed casting firms or names. It will help my fellow artists to reach the right path and display their talent.

Shreyas Talpade: Mukesh Chhabra, Mr. Jogi (did casting for Poster Boys) and YRF are big reputable names in the industry.

Shruti Sharma: Any message for your fans?

Shreyas Talpade: Big thank you to all my fans and loved ones for having faith in me. You have showered your love even during times when things were not in my favor. Keep watching me and inspiring me.

Hope you enjoyed reading this special interview for Shreyas Talpade fans especially the Golmaal series. If you haven’t seen the movie yet, you are missing a great deal!

Come back soon for more interesting interviews and reads coming your way. 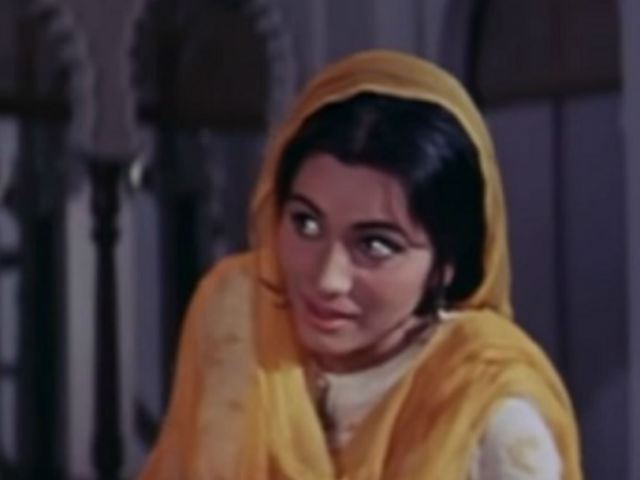 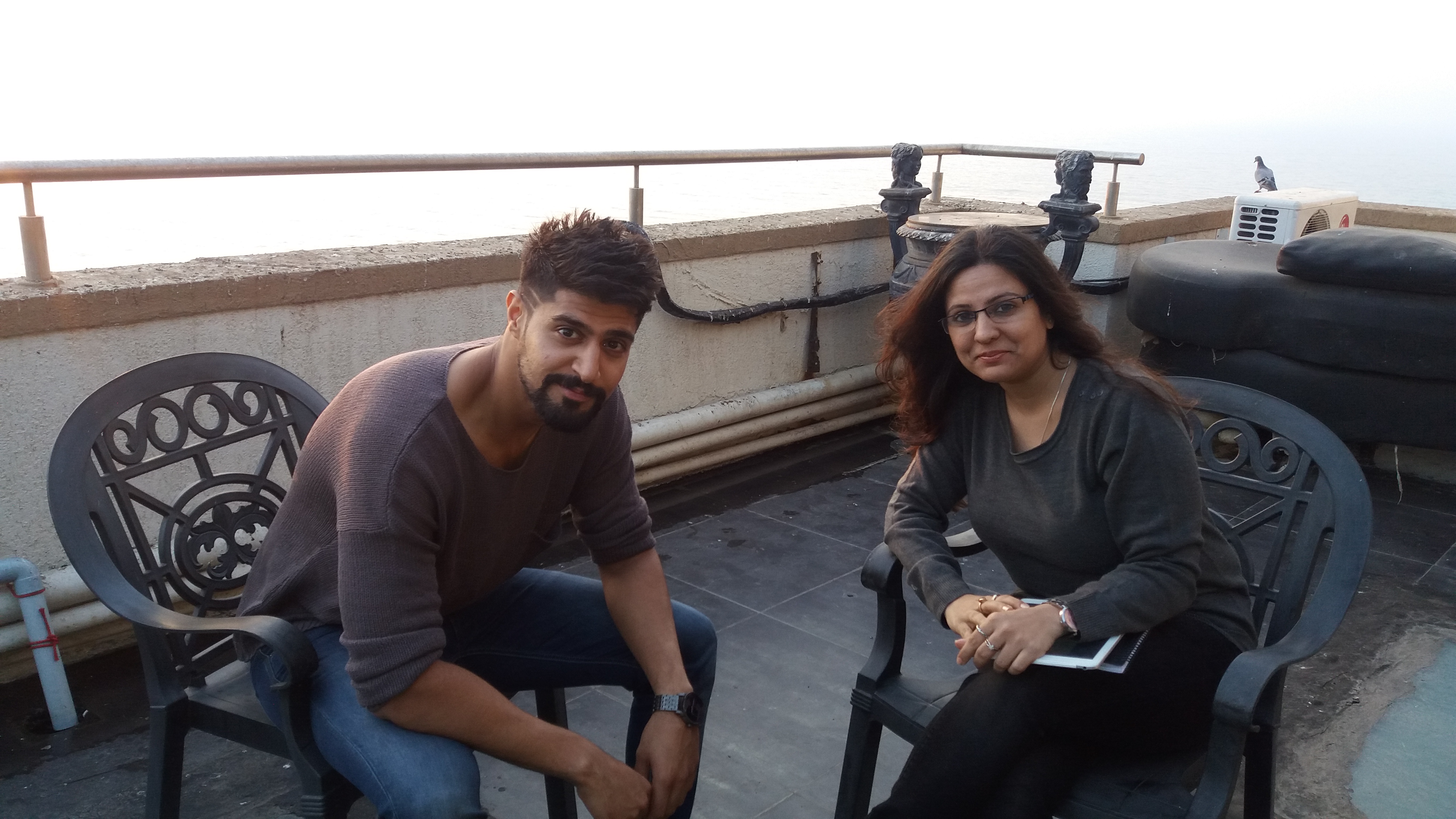 A Memorable ‘Sunset’ Conversation with the ‘Rising Sun’ – Tanuj Virwani 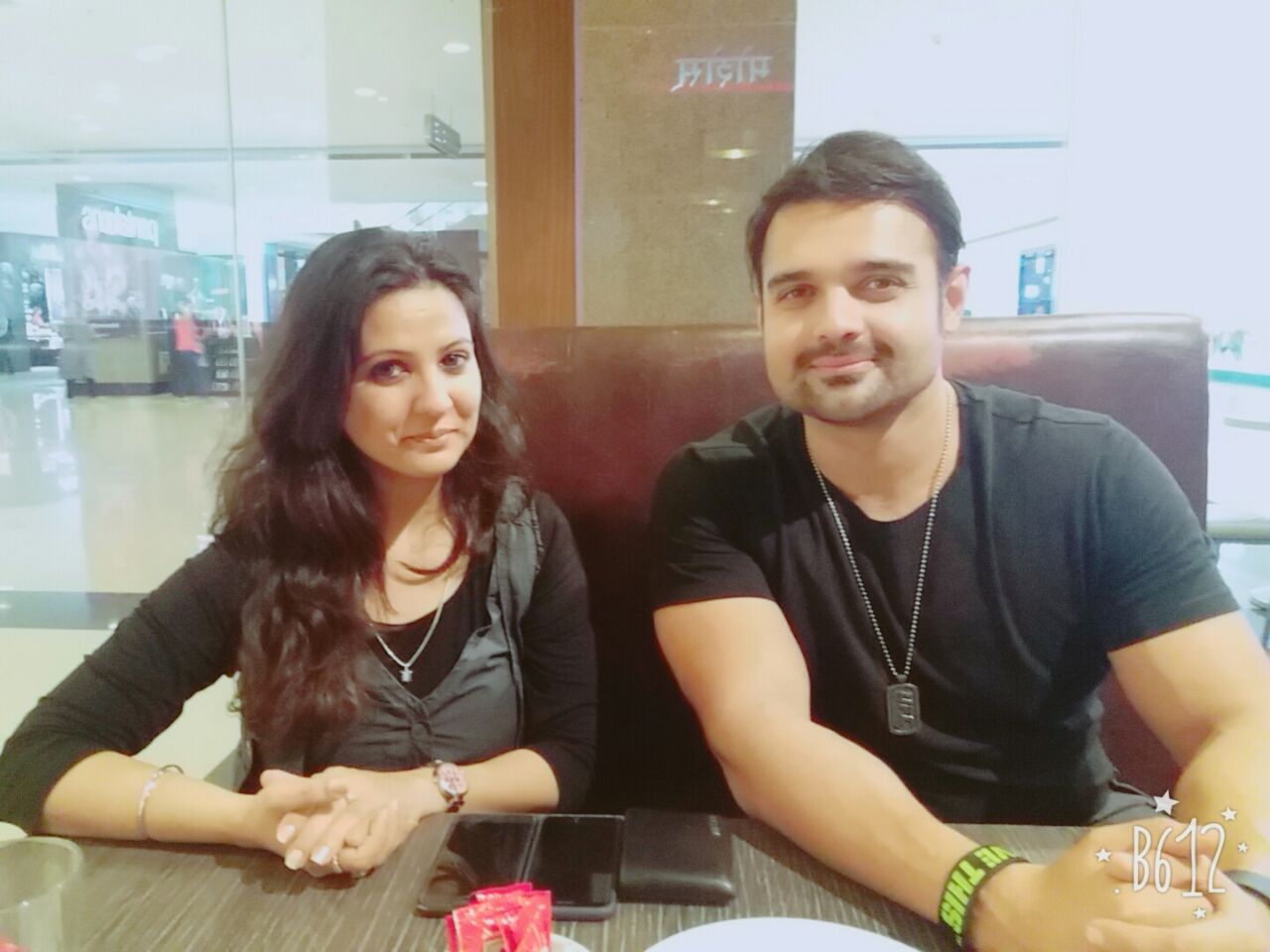