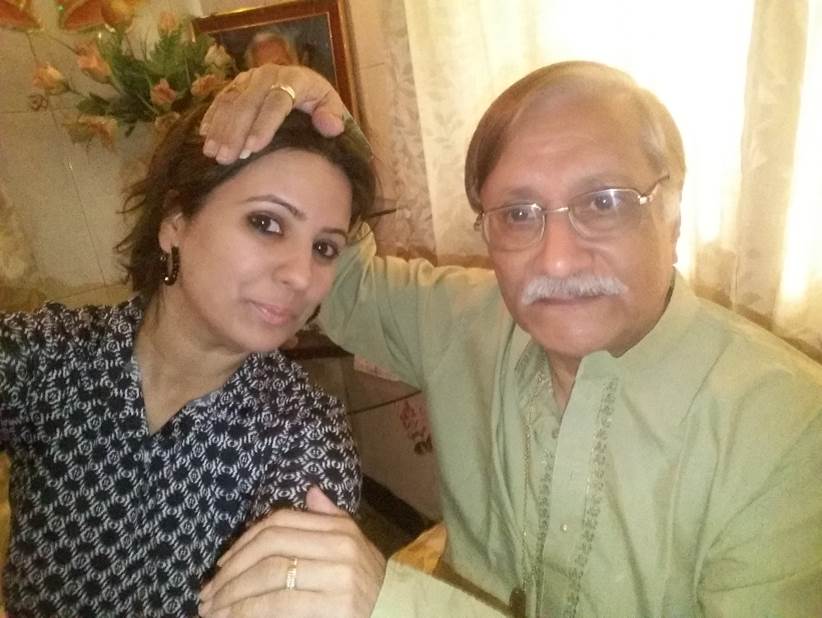 This spine-throbbing charismatic artist, Pandit Surendra Sharma is born for music. Music is in his veins; he breathes in and survives on music. I’m falling short of words to express his unique style of playing Santoor or I must just put it as the maestro of Santoor! Initially, he began as a ‘Jal-Tarang’ player, and his brilliance can be noticed in one of the songs ‘Jab raat hai aisi matwali’ from a record-breaking movie of the old times, Mughal-e-Aazam (released in 1960); and his journey into Indian music industry began from there.

During his initial days in the industry, it was challenging to get his dates as he was aligned with some most prominent Ghazal singers starting from Pankaj Udhas to Jagjit Singh and Anup Jalota to Ghulam Ali as a lead accompaniment artist – the only Santoor player into Ghazals. Panditji has played Santoor in ‘thousands’ of Ghazals and films that are even difficult to remember in numbers and name. I have somehow managed to collect a few pieces of favorite films and ghazals where he displayed his Santoor playing skills at a grand level. Pandit Sharma is a firm believer in Indian culture and values, and this makes his attachment and inclination towards his family an unbreakable bonding. He told me strictly not to mention it here that he is called the modern ‘Shravan Kumar’ in his family. People residing in his neighborhood have a lot to share about this great personality, who is known as the best son, spouse, and father, and believe me; it feels as if you’re listening to an astonishing inspirational story.

He gives the entire credit of getting music into his blood to his father, Late Brij Mohan Lal Sharma, who was a beautiful Banjo player. He resides in a luxurious house in suburban Mumbai with his wife, three daughters and a granddaughter, who are too dear to him. His eldest daughter is a Voice & Accent Specialist. The second daughter is a writer, author, and an interviewer (that’s me!). Youngest daughter is a well-known novelist, author, and artist.
The title of Panditji was honored to him by the prominent Music Gurus and Maestros as a gesture of respect for his knowledge in music.
Milestones:
I am speechless when it comes to streamlining his achievements as I don’t know where to start from…

Most of his tunes were self-composed that made outstanding male and female actors dance to those tunes: Music apart, his second commendable interest is – Technology. He has a vast collection of computers, computer-games, gadgets, tech-books and other tech-devices and is always adaptable to any new change in technology. He is a geek when it comes to computers, and I challenge he will knock you down with his expansive knowledge of it.

Straight from the writer’s heart: Although, I have written the entire article about Pandit Surendra Sharma, my hands just can’t stop typing as there is yet so much to mention about him. Panditji left the music industry with due respect, but the music never left him; his fans and fellow artists miss him bad. It is easy to neglect the family and become a saint, but if you wish to know how to perform all your responsibilities within the family and yet live like a saint, we must learn from this amazing human being. There is a different atmosphere and environment when he begins practicing Santoor; you travel to a different world altogether. I am honored to be his daughter who got a chance to be a part of this great artist’s life.

‘He is the man who healed souls by his melodious tunes!’

During his early childhood days, people entreated Surendraji, and the Gurudwaras invited him to treat unhealthy people as they felt at so much ease by listening to him playing Jal-Tarang.
His fingers are difficult to track when he plays the Santoor, and the speed of his practice is unbeatable! It is doubtless that Panditji remains acknowledged with the title;

I am blessed to have grabbed this opportunity by the almighty and write about him. It was tough to convince him for an interview as Pandit Surendra Sharma has always moved away from fame and recognition. I was fortunate enough to get a few pictures with him.

A compilation of few mesmerizing Santoor pieces by Pandit Surendra Sharma and his marvelous background scores in various movies. Put on your headphone for a clear and mesmerizing effect for this piece of work: Thank you for sharing your musical journey with me and contributing to this great level of the music to the industry. 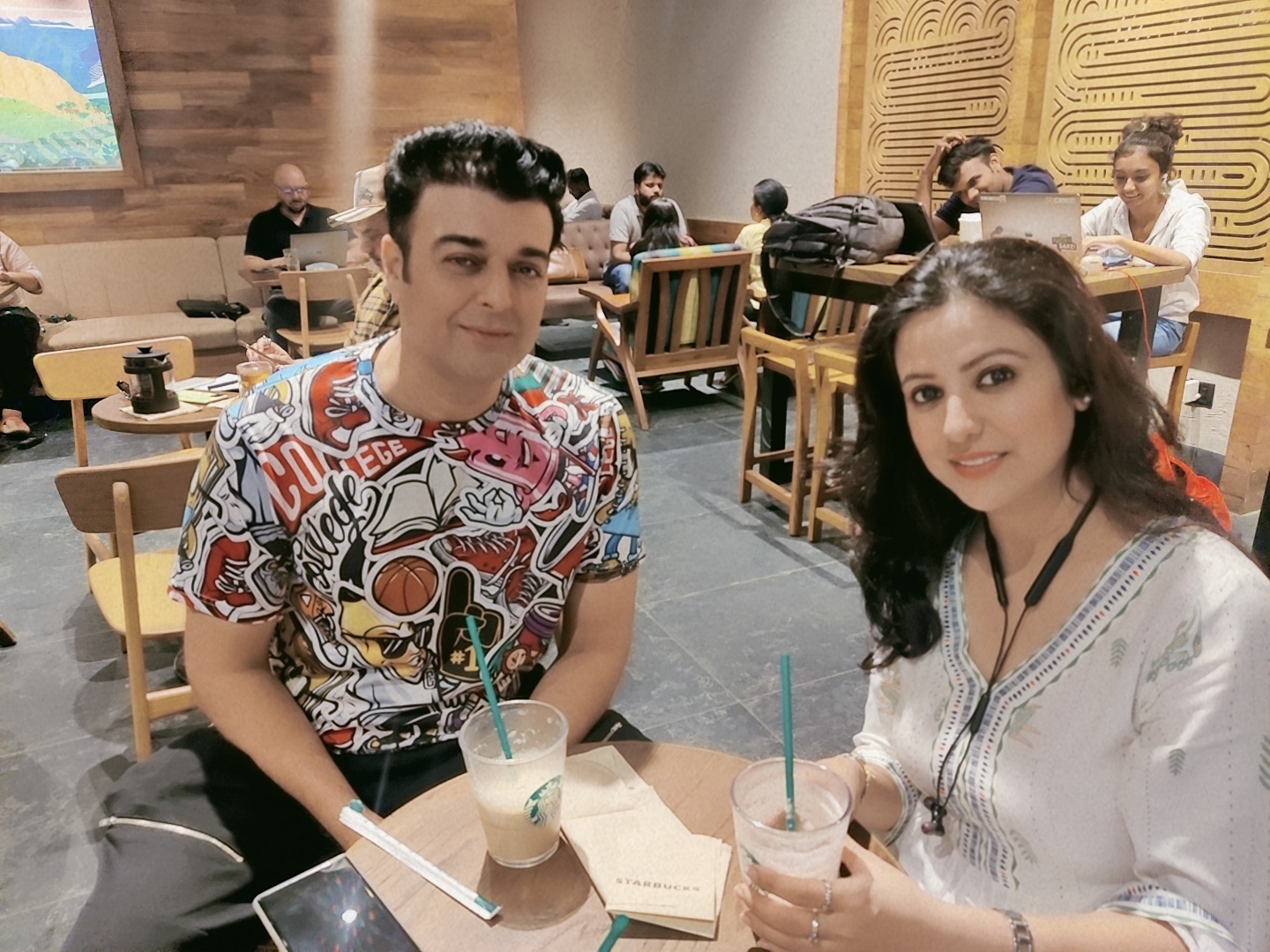 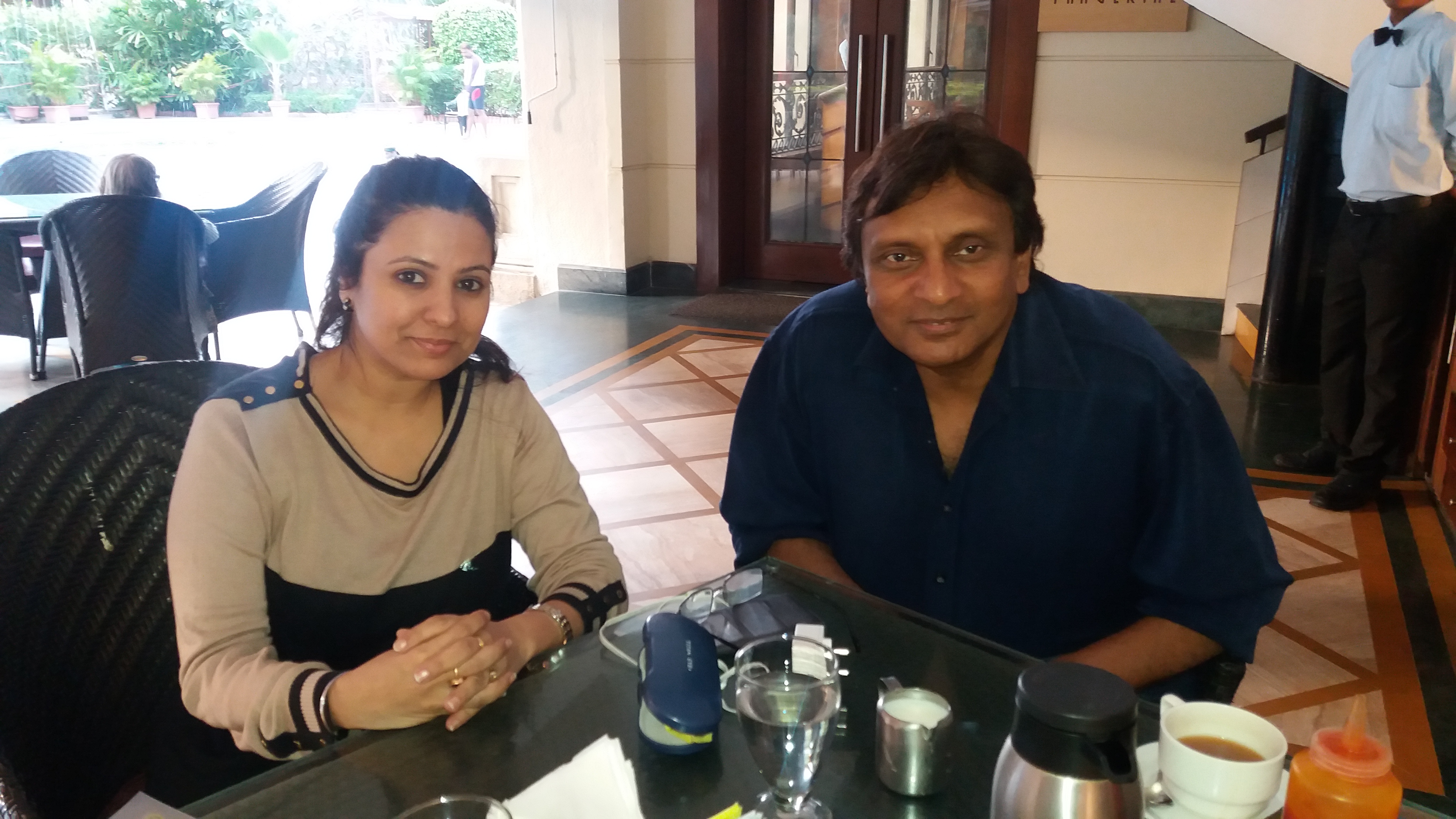 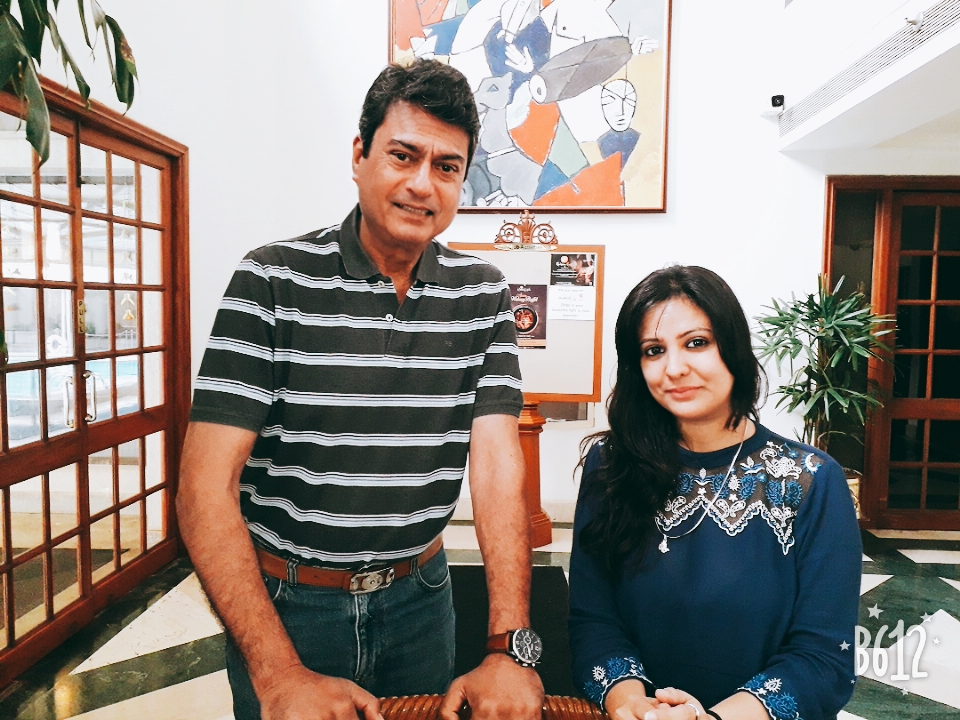