Dino Morea is a popular Bollywood actor and a competent model. After having produced successful movies, he is also a tough competitor in his restaurant business by the name, ‘Crepe Station’. Few Bollywood hits by him include, Raaz, Pyaar Mein Kabhi Kabhi, Das Kahaniyaan, etc. He is amongst those actors who made dimples prominent!

Dino was born to an Italian father and an Indian mother. He was born and raised in Bangalore. Talking about his academic record, he graduated from St. Joseph’s College, Bangalore. In an era where there was much craze for fame than for education, Dino intellectually balanced his academics and modeling with the support of his college.

Coming from a military school background, Dino carries that discipline in his career and lifestyle even today. He is a vivid sportsperson and loves to keep himself fit by playing different sports. Dino represents Barclays Premier League. He still remembers when he was approached for his first fashion assignment.

Dino did his first ad for Colgate and gained further popularity. He always had this great inclination towards cinema, but didn’t know how to go about it. When he appeared for his first Ad’s audition, he assumed he gave his best shot. However, another competent person took away the deal!

Dino considers himself lucky as he waited there to see this person’s performance. That was the moment when he realized that if that guy could do it, so could he. Dino built all the inner confidence and motivation to succeed and there was no looking back from then. I totally agree to this; until you realize your self-confidence and work on your inner belief system, no classes or institutes can help you bring your talent outside. ‘Acting is not tough; you just need to go deep into yourself and express.’ –  Dino Morea

My Meet with Dino Morea: I don’t have words to express how amazed I was when he stepped in Indigo Delicatessen, Pali Hill – Bandra. The Café Latte that we ordered was creamy and delicious! He appeared in a white tee, blue jeans, and a black cap. His impressive looks and those enticing dimples could drive any woman crazy! I couldn’t believe my eyes that the stunning actor ‘Dino Morea’ was actually sitting in front of me. He is a perfect definition for the so-called ideal man of all the women, ‘Prince Charming.’

‘The world is an audience, irrespective of the language, if the script and emotions touch the heart, that’s what matters the most.’ –  Dino Morea

We quickly settled and began the conversation round. He has this naughty smile inside which comes out rarely and I managed to crack some humor to bring it on his face. Dino shared a lot of things that truly amazed me! In the welfare of those who love fitness, he is the only actor who took the initiative to set up free fitness stations at various locations within Mumbai. He has launched open-air gyms at various locations such as, Bandra Bandstand, Five Gardens Shivaji Park, Worli Seaface, Marine Drive, and more… There are plenty of other things shared by him that you will read ahead.

What, Where, Why, When, and How with Dino Morea: Shruti Sharma: What made it possible that you were never auditioned for Raaz and Pyaar Mein Kabhi Kabhi?

Dino Morea: Shruti, call it either my stars in favor or my inner belief that I did not give the audition for my first break in movies! My directors were confident about me and I was selected without a thought for these roles.

I still remember, Mahesh Bhatt asked me to try in television. I shared my interest to get into movies rather television, as this is the platform I always wanted to be. He stared at me for a few moments and asked me to see Vikram Bhatt who was having his lunch at that time. I was called inside his office and offered the role!

Shruti Sharma: From where did you gain the confidence for acting?

Dino Morea: It is very simple Shruti, if you are shooting for a bad scene, remember something that has happened with you in the past and recollect those painful memories that still hurt you. In acting, all you need to do is put your emotions on the screen, so that the audience can feel it.

Shruti Sharma: How far do you agree with this belief – Models cannot act?

Dino Morea: Honestly, I think it’s a misconception! Models know how to act very well and perhaps, that’s the reason why they always stun you by their appealing personalities. Believe me, it is difficult to keep a blank, yet enticing face while you are doing the ramp on stage and facing the paparazzi.

Shruti Sharma: How is the Bollywood industry according to Dino Morea’s experience as an actor?

Dino Morea: Bollywood industry has always been wonderful to me and continues to do so.

Shruti Sharma: Why is the practice of Nepotism followed in Bollywood to such extent?

Dino Morea: According to me, Shruti the entry is easy, but if you aren’t good as your background was, it is difficult to sustain.

Shruti Sharma: Why is Dino not producing more films at the moment?

Dino Morea: I am looking for some good scripts. To be honest, more than production I realize acting is my passion. I would love to experiment with new roles.

Shruti Sharma: Would you like to do a –ve role?

Dino Morea: I would love to! Negative roles give you lots of scope.

Shruti Sharma: What is that one movie that you have seen and you believe you could have loved to do?

Dino Morea: I would love to act in scripts like ‘Raees.’

Shruti Sharma: If you have to work on a Biopic of someone, who would you act for?

Dino Morea: I would love to act in a Biopic made on Yuvraj. I know him closely and can relate to all the experiences he has been through in his life.

Shruti Sharma: Where do I see Dino Morea 10 years from now?

Dino Morea: I want to see myself doing a great cinema!

Shruti Sharma: What is your mantra of life?

Dino Morea: Tomorrow is always a new day; nothing beats if you are positive. Be persistent and think there is no other way.

Shruti Sharma: Would you like to recommend some good cast companies to the artists who are struggling to make an entry?

Dino Morea: There are professionals like Mukesh Chhabra and Shanoo Sharma. My advice to the artists is that try to conduct the first meeting at an official place or a common public place.

Shruti Sharma: What message would you like to convey to the young and struggling artists?

Dino Morea: It is a very tough and unforgiving industry. Be true to yourself and ask yourself if you have the potential to succeed this competition. Dino, my heart still beats faster with your sizzling performances in RAAZ and Pyaar Mein Kabhi Kabhi. You look the same, young and dashing! I loved every moment spent with you over the cup of coffee and wished it was a never ending session with you.

It was difficult to believe that one of my favorite artists was sitting right in front of me. I wanted to dedicate this song to myself; ‘Woh Pehli Baar Jab Hum Milein…’ Nevertheless to say, you were every girl’s dream after the movie, Raaz. I would also like to remind my readers how beautifully you transformed your genre from a sensuous actor to a comedian in the movie, Plan. The best dialogue to recollect will be; ‘Yeh Dekh Chain, Pachhas Tola Hai Pachhas Tola’.

My heart feels good to write this lengthy article about you as I so wanted to capture everything that I remember. Thank you for all your time and efforts taken to see me. My best wishes are with you for your future endeavors. Keep smiling and flaunting those charming dimples. Stay blessed always!

Thank you my lovely readers for reading this article and stay tuned for more entertainment and interviews coming soon. 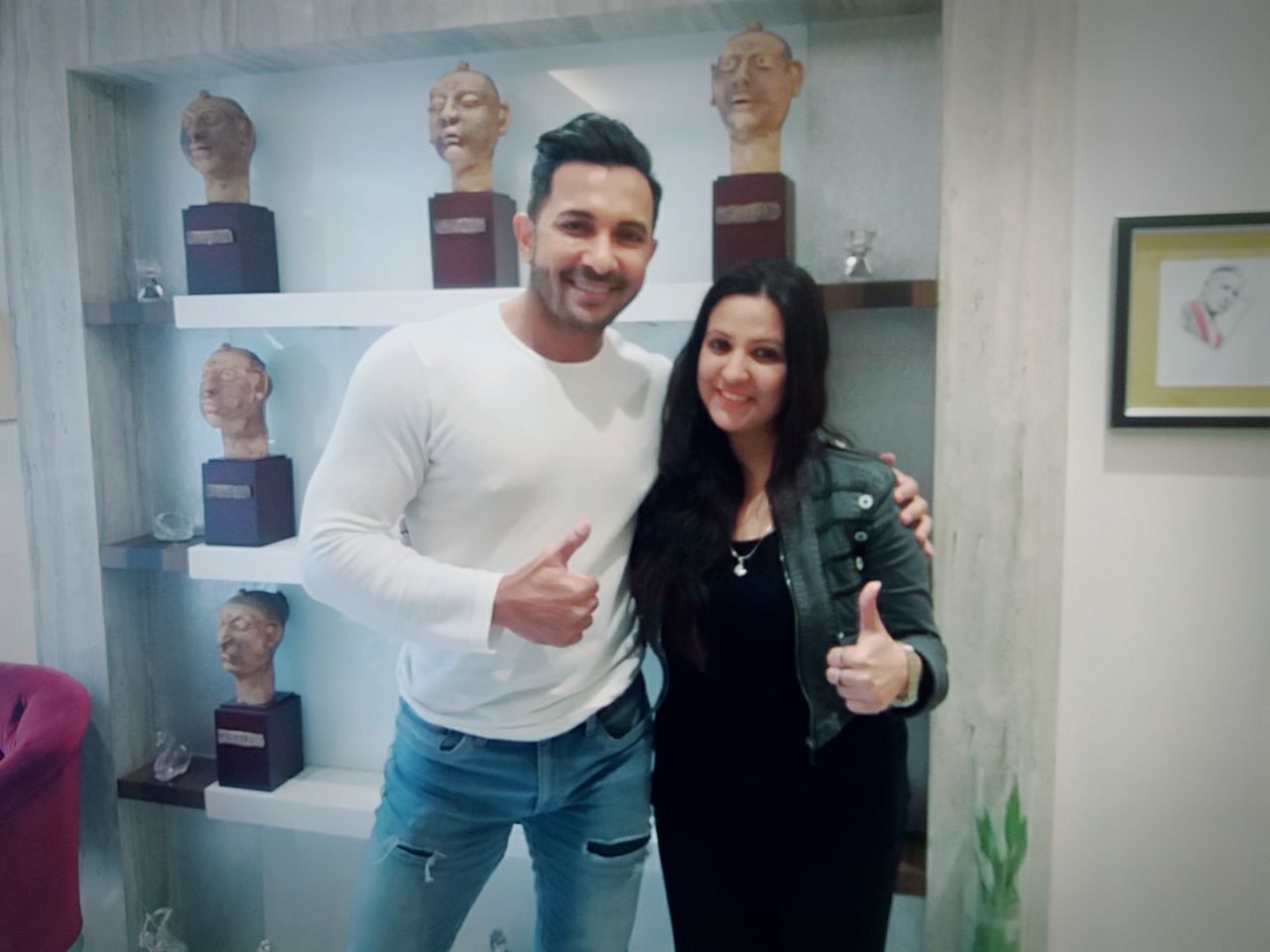 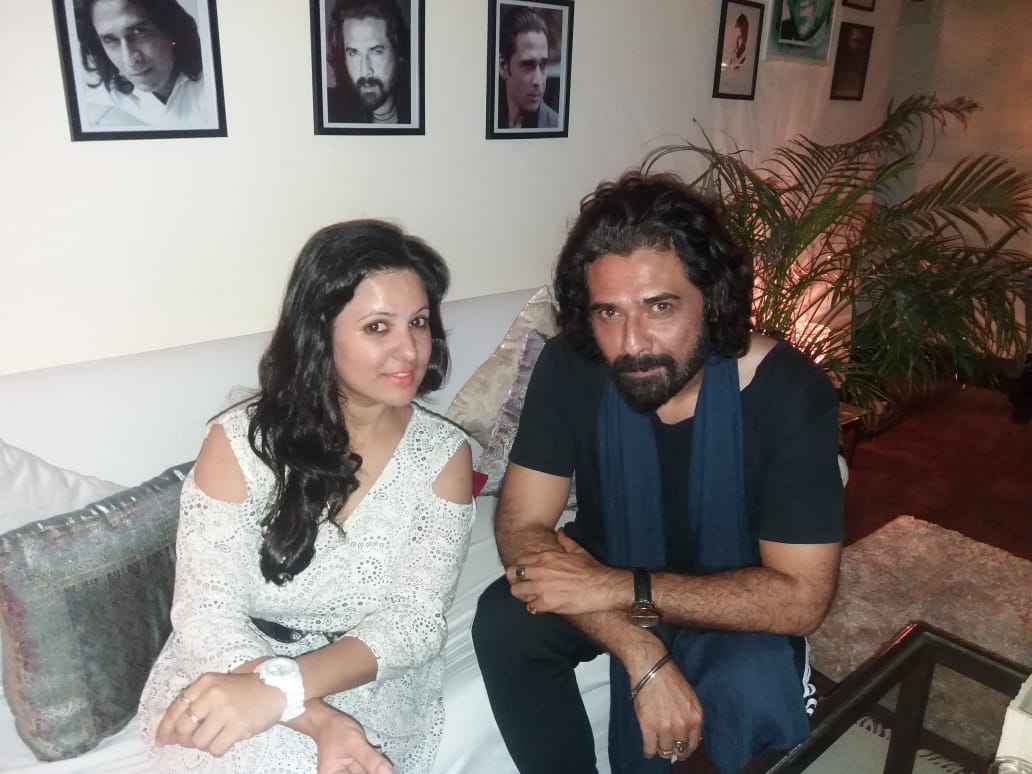 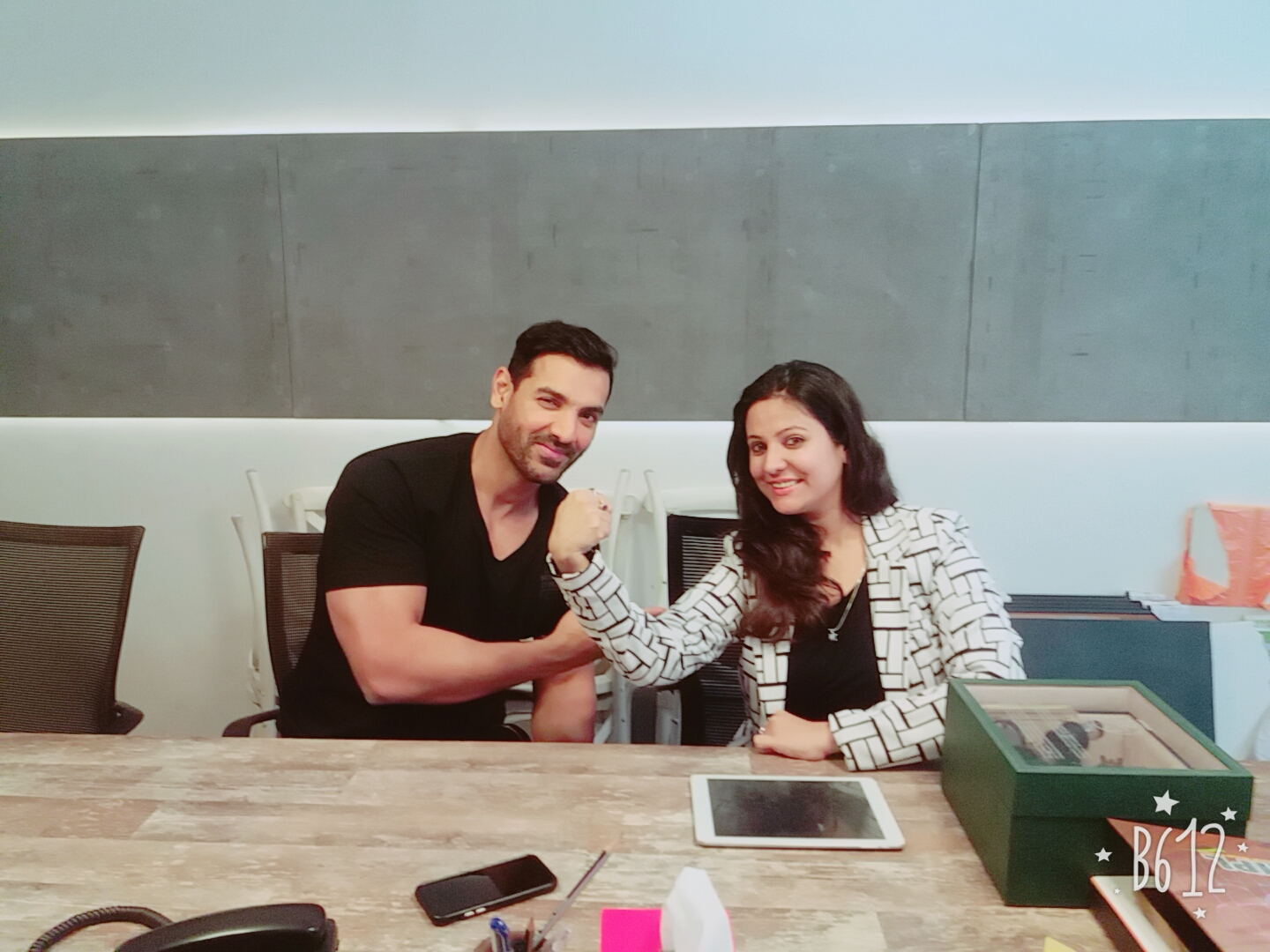 A Charismatic Meet with John Abraham – The Paladin of Bollywood