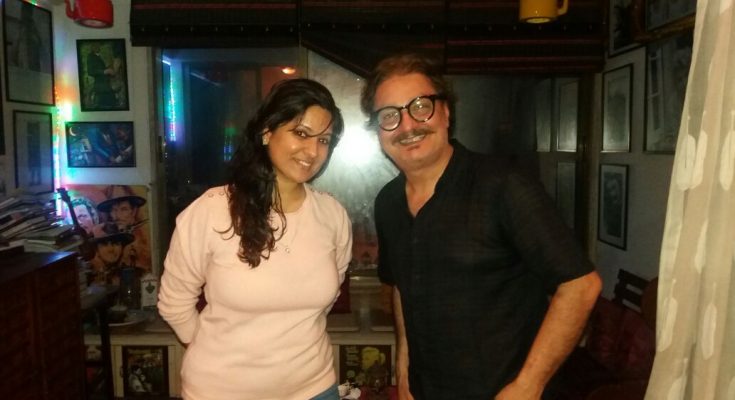 An Extraordinary Personality and a One Man Show – Vinay Pathak

Vinay Pathak is a prominent Bollywood actor, film producer, and one of the leading theatre artists. If I have to name a few of his hits, you will certainly remember his phenomenal performances in movies like, Bheja Fry, Khosla Ka Ghosla, Johnny Gaddar, Island City, and more…

Vinay’s Humor Changed the Concept of Anchoring on Television

Let’s go back in time when we loved watching MTV and Channel V. I strongly believe, a major part of the credit of the popularity of Channel V goes to Vinay Pathak and Ranvir Shorey for their fantastic pair as anchors. It was Vinay’s touch of humor in anchoring that changed the entire theory of anchoring on Television. Vinay’s first step towards dialogue writing was for the series, Hip Hip Hurray

Vinay’s exceptional command over his language and thoughts make you feel like your dictionary has come to life! When he starts speaking, there is silence in the auditorium; such is the impact of his performance. In only two situations there is drop dead silence to hear someone; either that person is highly authoritative or people really wish to listen to the speaker. Well, Vinay falls in the latter category; when he talks the whole bunch of audience loves to hear him speak. Vinay was born to a middle class family in Bhojpur, Bihar. He completed his academics from Ranchi and graduated from Allahabad University. To his further interest in studies, Vinay travelled to the United States.

His fascination towards theatre got deeper when he attended a few plays abroad. Apart from giving exceptional roles in various movies to Hindi Cinema, Vinay has also spread his charm in theatres.

We often believe it is the inner or outer beauty of a person that speaks for his personality. Very few individuals create a major impact on the minds of people through their words. I know such a personality exists and his name is – Vinay Pathak. He is a true artist, a pure soul, and the most charming person I have ever met!

My Meet with Vinay Pathak: If I have to define Vinay Pathak in my words, I really don’t know from where to begin. Every word that I type here is coming straight from my heart. It’s his positive talks that he inspires you to dream bigger. Recently, I attended his show ‘Nothing Like Lear’ in Mumbai. I thanked my soul to have taken the decision to watch such an impeccable show. Everything I heard about him was so true in terms of his effortless acting skills. He is truly a maestro of acting!

As a writer, if I have to define a perfect balance of humor and intellect, I can’t think of any other name than Vinay Pathak.  Apart from acting, Vinay loves to cook. Despite being in a friendly industry, Vinay is very particular about his language and behavior. His behavior towards female gender takes you back to the classic Shakespeare era, where wearing English hats and bowing before women were wonderful parts of the tradition. With a heavy heart I say that it is very rare to find these days. I am skipping the question and answer mode with Vinay Pathak and directly jumping to writer’s desk experience. It is because he is like an open book; no words can describe Vinay Pathak and his personality. You need to meet him personally to know the kind of aura he carries.

His intellect and humor will drive you crazy! Vinay beautifully balances his knowledge and shares it with people without carrying any stardom on his sleeves. He shares the same level of any senior most artists in the industry and is equally respected. Vinay would love to continue performing for theatres as he enjoys direct engagement with the audience from stage. It’s like connecting with the audience and their emotions directly.

I am glad I found a great human, a humble artist, and an amazing friend in Vinay Pathak. My best wishes to him for his future endeavors. Please do not forget to share the article if you love watching him on screen too!